"There was evidence of my illness before—most dramatically after my daughter was born, I had serious postpartum depression. But I went to counseling and got through it. This time, I think the inability to consult with a doctor and  so many changes, broke me." 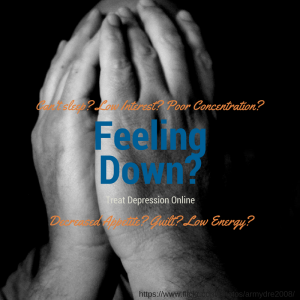 Just like J.K. Rowling (of Harry Potter fame) and every other middle-aged woman who have once suffered depression, Linda, a middle-aged woman based in New Seattle. She is the owner of an insurance agency. She oversees sales and service. She really enjoys the beach, boating, and traveling.

Everything seems to be going well with her until she was diagnosed with postpartum depression - and she just gave birth to a baby girl.

The 46-years old mother of one woke up in the middle of the night with an overwhelming urge to smother her 7-year-old daughter and then kill herself.  Luckily, she didn't  do it.  Linda got herself together enough to drop off her daughter at school the next morning and then went straight to her therapist's office and broke down.

Linda's therapist diagnosed her with bipolar disorder, a type of depression characterized by periods of manic "highs" and depressed "lows" also known as manic depression.

In case you don't know, a bipolar disorder diagnosis is made only by taking careful note of symptoms, including patient's severity, length, and frequency.

"Mood swings" from day to day or moment to moment do not necessarily indicate a diagnosis of bipolar disorder. Rather, the diagnosis hinges on having periods of unusual elevation or irritability in mood that are coupled with increases in energy, sleeplessness, and fast thinking or speech.

The patient’s symptoms are fully assessed using specific criteria from the American Psychiatric Association's Diagnostic and Statistical Manual of Mental Disorders or DSM-V.

Although Linda immediately started on medication and agreed to enlist friends and family to help care for her and her daughter until she was stable, she was faced with the challenges most depression patients suffer - the shortage of doctors/therapists.

For more than a week, Linda couldn't get in to consult her therapist because of the therapist's busy schedule. She was running out of treatments and medications, and since she couldn't get in touch with her doctor, she was drastically becoming distressed again.

Her neighbor next door noticed some changes in her behavior and appearance one day and decided to offer help. She didn't want to talk to Linda at first, but later summoned the courage to lend a helping hand.

Thankfully, Linda pulled herself together and explained everything to her neighbor. How she wanted to kill herself, got diagnosed with bipolar disorder, and how she hasn't been able to consult her therapist for the past two weeks.

Upon hearing this, Linda's neighbor shared her own story of when she was depressed and how a technology helped her treated her depression. She went further to tell Linda of how her assistant at work, was absorbing my data stream and has been monitoring my mood closely - all with the help of apps like; Accelerometers, GPS, and co. She detects subtle changes in how I talk.

Now, from helping her lose her anxiety and stress, to helping counteract seasonal affective disorder that creeps in during the dark winter months, Linda's neighbor was saved from slipping fully into depression.

She was not acting like a therapist, of course, and her interaction is still a little robotic. But she still worked to gently nudge Linda's neighbor cognition to a healthier place.

Depression is a full-body illness. It’s like an ink drop that spreads over everything. As such, its tells can appear in many places (how we speak, how we move, where we go).

Passive sensors can now detect many of these signals, giving rise to a new field called digital phenotyping.

Technological progress, as we’ve historically defined it, does not automatically beget well-being. In some instances, it makes things worse.

But when it comes to depression specifically, technology has a lot to answer for. Social platforms that aim to connect us often create isolation. Systems that make us more productive keep us working longer. Indeed, many of the greatest technological achievements in the past decade have been decidedly depressogenic.

Fortunately, technology and telemedicine has a remarkable ability to clean up after itself. We can undo many of these undoings. As technology weaves itself into the fabric of our lives, it has the potential to safeguard us from ourselves, to help us manage our negative moods and lift our spirits. Technology can and should play a huge role in how we manage and prevent depression.